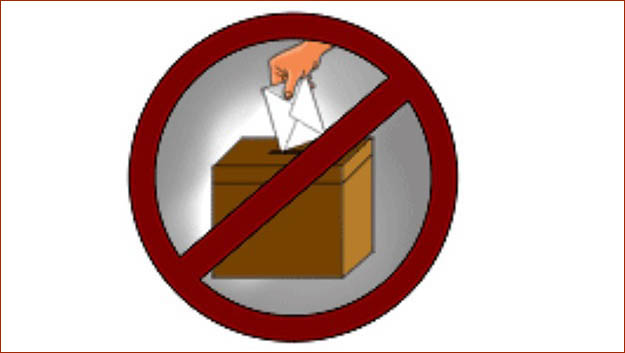 The assassination of a prominent Iraqi civil activist, Ihab al-Wazni, in the city of Karbala on 9th May 2021 aroused strong and wide condemnation, especially as it came shortly after he openly informed the security forces that his life was in imminent danger following the receipt of death threats. The crime was committed in cold blood and the victim had been left without any protection.

On 25th May 2021, mass demonstrations took place in Baghdad and several other provinces condemning the killing of Ihab al-Wazni and other activists. The main slogan was “Who Killed Me?” and the participants included a broad spectrum of social forces and civil democratic organisations, including youth, students, women and trade unions. Despite the peaceful character of the demonstration in Baghdad, the protesters were again targeted with live bullets fired by armed gangs as they dispersed, killing two young men. It was a reminder of bloody scenes in the same place, Tahrir Square (Liberation Square) in central Baghdad, during the October Uprising in 2019.

There has been an escalating campaign of assassinations and attacks in recent months, targeting many activists and peaceful protesters, that have been carried out by armed groups with impunity.

More than a year and a half after the start of the courageous popular Uprising, which erupted on 1st October 2019, the root causes behind it continue to exist, with a deepening structural political crisis. Bloody repression that was unleashed to end the Uprising, with more than 700 killed, thousands wounded and many still “disappeared”, failed to quell the deep desire for change. The ruling groups of the corrupt ethno-sectarian power-sharing system were forced to give few concessions in the face of mounting popular anger that threatened their political power. These included the resignation of former Pime Mnister Adel Abdul-Mahdi and accepting the demand for early elections. They also paid lip service to other demands that included bringing those responsible for killing the protesters to justice, combating rampant corruption and addressing economic grievances of the people.

A year ago, in May 2020, a new government headed by Mustafa Al-Kadhimi was endorsed by parliament, after prolonged political manoeuvres and compromises between the dominant blocs. It promised to prepare for free and fair early elections and also to reveal the identity of the perpetrators of bloody crimes against the protesters.

However, the assassination of civil activist Ihab al-Wazni in Karbala on 9th May 2021, was a turning point. It culminated in escalating attacks against leading protesters in various provinces and revealed the miserable failure of Al-Kadhimi’s government to deliver on its promises. No effective measures were taken to put an end to armed militias and assassination squads. This has also cast real doubts about the ability of the government to provide the necessary conditions for free and fair elections in October.

The demand for early elections, as raised by the popular Uprising in October 2019, aimed at bringing about change. However, there is growing deep concern about various aspects of the electoral process, including a flawed Electoral Law. It was amended by parliament and designed to serve the interests of the rulers and dominant blocs. The date for elections was postponed, at the request of the Electoral Commission, from 6th June to 10th October 2021. Vote buying has already started, with corrupt politicians and their parties spending money lavishly in the absence of any real controls. The Parties Law, which prevents such practices and bans political parties with armed formations from participating in elections, has not been implemented. No effective measures have been taken to prevent a repeat of the shameful rigging and manipulation of the voting process that marred previous elections. The real figure for the turnout in the last parliamentary elections in 2018 was about 20%, while official figures claimed it was 42%.

In the absence of conditions for free and fair elections, participation in them would only mean collusion in reproducing the same corrupt political system that is responsible for the catastrophic state of affairs in the country.

In view of this situation, the Iraqi Communist Party announced, in a statement issued on 9th May 2021, that it decided to suspend its participation in the forthcoming elections unless firm and deterrent measures are taken to put an end to the escalating assassinations and other crimes, bringing the perpetrators and those behind them to justice, including the killers of Ihab al-Wazni. It pointed out that there cannot be any free expression and electoral contest with the continued existence of armed groups and assassination squads.

The Communist Party also stressed that the demand for early elections, that was raised by the October Uprising and was one of its principal demands, aimed at bringing about change, ridding the country of the ethno-sectarian power-sharing system and political sectarianism and opening up prospects for establishing a civil democratic state and social justice. It warned that if the above conditions for free and fair elections are not met, thus blocking the path to peaceful democratic change, this will only deepen the political crisis and open the door to grave consequences, endangering civil peace. The rulers will then be held fully responsible for pushing the country toward the abyss.

The Communist Party has also called upon the peaceful activists and protesters, and the citizens at large, to intensify pressure by various means on the government and parliament and force them to carry out their responsibilities against rebellious armed groups and attempts to sabotage the electoral process.

The Communist party is currently involved in ongoing discussions with a number of political and civil groups, including some that emerged from the protest movement, to develop a joint platform for action, of opposition to the ethno-sectarian power-sharing system. The aim is to bring together a broad spectrum of civil democratic forces on a platform of struggle for change.

This effort is based on the Appeal issued by the party on 31st March 2021, on the occasion of its 87th anniversary, addressed to “civil and democratic parties and figures and the forces of the October Uprising”. It called on them “to begin immediately a process of meetings and consultations, overcoming the state of division and fragmentation, and closing ranks. The aim is to build a broad democratic alliance capable of providing the prerequisites for a qualitative and quantitative alternative to achieve reform and change”.

The party stressed the need for serious cooperation and unity in action of these forces “in order to get out of the current dilemma and break the vicious circle through which the ruling forces want to perpetuate their influence and dominance and ensure their interests”.

The Appeal stated: “An enormous effort is required from all to form alliances and groupings that cut across the sectarian divide and secondary identities, and to adopt a democratic patriotic platform. This would respond to the demands of the homeland and citizens, preserve the country’s unity, avert the dangers of internal war and division, ensure the best utilisation of financial and economic resources for development, and Iraq’s full sovereignty and the independence of its national decision making”.

(*) This report was published in “Solidarity”, the bulletin issued by the Sudanese Communist Party, Issue No.23 – July 2021.